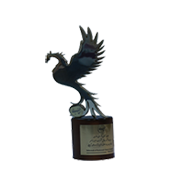 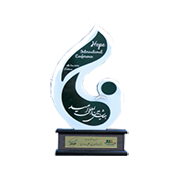 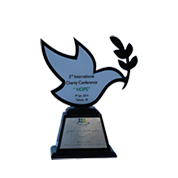 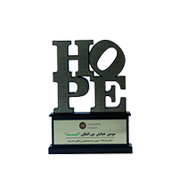 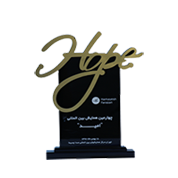 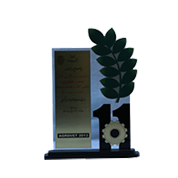 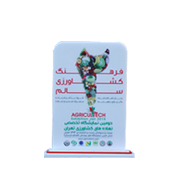 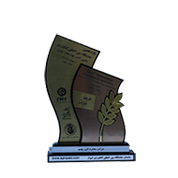 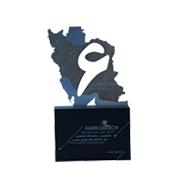 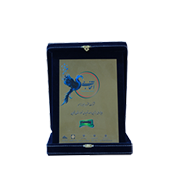 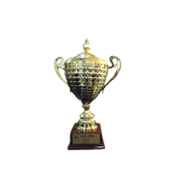 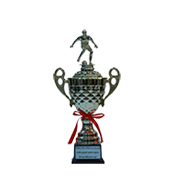 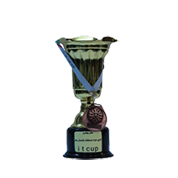 The role of copper in the plant 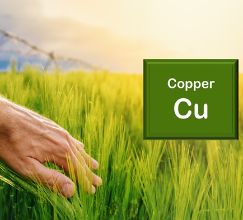 Copper is mostly involved in the enzymatic activity of the plant. The presence of this element in oxidase-catalase enzyme systems is essential. It is also involved in the production of chloroplasts and electron transfer reactions and activates several enzymes. Copper activates some enzymes that are effective in the synthesis of lignin in plants and is essential in several enzyme systems. It is also required in the process of photosynthesis, is essential in plant respiration and helps in the metabolism of carbohydrates and proteins. Copper also helps to enhance the flavor and color of vegetables and the color of flowers. This element is not motile in the plant and therefore its deficiency is first observed in the younger leaves of the plant. Alfalfa, lettuce, oats, onions, citrus fruits, fruit trees and wheat are the most sensitive to copper deficiency. Beans, peas, potatoes and soybeans are the least sensitive to copper. Copper ions can only be absorbed in the form of complexes with other compounds. In environments with alkaline pH (calcareous and alkaline soils), copper is generally not absorbed by plants. Copper is not mobile in the plant and will remain in the form of sediment in the soil. Therefore, considering that most of the soils of Iran are alkaline and calcareous, the efficiency of copper uptake in Iranian soils is very low. Therefore, to increase the uptake of copper by plants, the pH of alkaline and calcareous soils must be modified. One of the effective methods of improving calcareous soils is the use of ammonium sulfate. Using ammonium sulfate fertilizer, in addition to supplying nitrogen and sulfur required by plants and trees, alkaline soils can be improved and its pH reduced. Plants will suffer from copper deficiency if the soil is deficient in copper or the efficiency of copper uptake from the soil is low for the reasons stated. 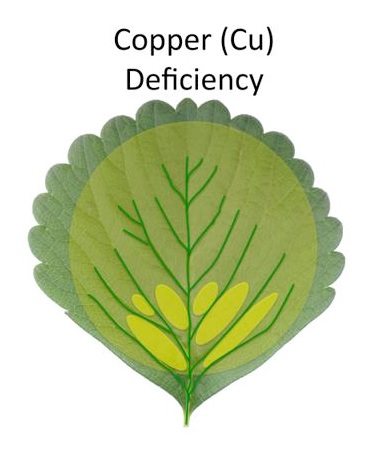 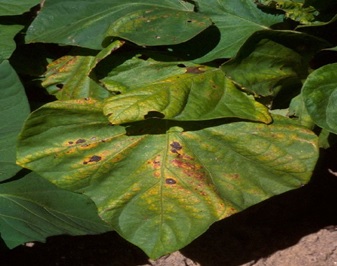 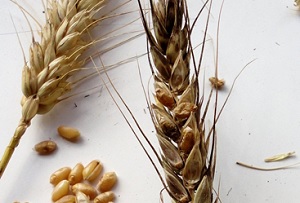 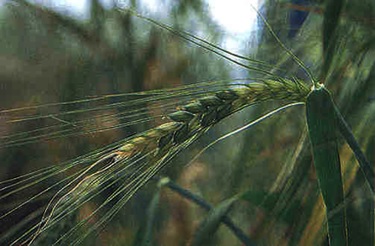 Lack of copper in citrus causes terminal bud death. The veins are wrinkled and bent, and gum is secreted on the fruit. The skin may crack and gum may come out. 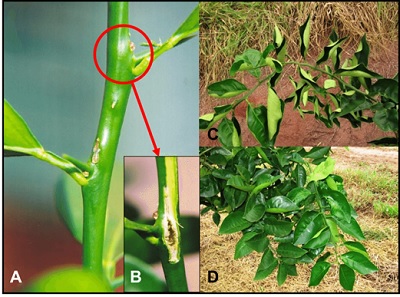 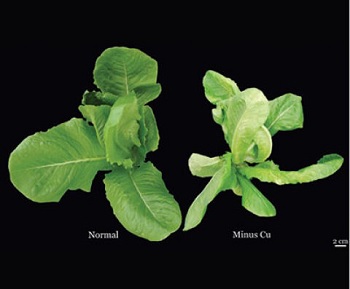 Copper deficiency is exacerbated by the following factors:

Copper is immobile, meaning that signs of deficiency occur in newer leaves. Symptoms vary depending on the product. Also, if the pH of the culture medium increases, it can lead to copper deficiency, because it will be less available for plant uptake. Copper deficiency is more common in coarse-grained sandy soils that lack organic matter. Excessive accumulation of iron and phosphorus in the soil prevents the absorption of copper and causes symptoms of deficiency.

The most common copper fertilizer is copper sulfate or blue cut, which contains about 25 percent copper and 13 percent sulfur. Due to its good solubility, this fertilizer can also be used in calcareous soils. It is used in both soil and foliar application, and the best time to spray copper on fruit trees is when the buds swell in the spring. Copper sulfate, if sprayed on apple and pear fruit, causes phytotoxicity. Copper sulfate should be applied by soil method every 2 to 3 years in the amount of 50 to 100 grams per 1000 liters of water for each tree in the shade in autumn and winter, and also this fertilizer is used as a foliar spray with a concentration of 5%.

Copper oxides can also be used as copper fertilizer in acidic soils. Copper organic chelates are more expensive, but are recommended in highly calcareous soils and in difficult conditions to absorb. Due to the fact that copper is present in a number of compounds in pesticides such as Zineb, by spraying them for pests and diseases, copper deficiency is partially eliminated. In addition to deficiency, copper sulfate can be used as a pesticide to fight onion thrips and some diseases and pests in other crops.

Excess copper in the growing medium can restrict root growth or burn the tip of the root, leaving the lateral roots overgrown. High levels of copper compete with plant uptake of iron and sometimes molybdenum or zinc. New growths may be greener than normal at first, then show signs of iron deficiency or possibly other nutrient deficiencies. If the disorder is not corrected, copper poisoning can also lead to plant shrinkage. Copper, like many other nutrients, increases when the pH is low. Therefore, if copper poisoning occurs, the pH of the culture medium should be tested. 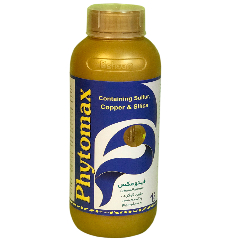